Yousician is the easiest way to learn and play the guitar, piano, bass and ukulele. With over 300 million users in 154 countries, it is the world’s largest music education service.

How might you learn people overcome their fears, habits, and follow-through with learning to play music?

If you don’t already play, have you ever wished you could command a musical instrument? Do you know somebody who has tried to learn, but never succeeded? This growth company strives to make musicality available to everyone. When I was offered the place to join as a UX lead, I was excited in the prospect to contribute.

Yousician used to be an engineering-driven company. As the company’s first UX lead, I evangelised that investments in user understanding will help us deliver more relevant, functional and aesthetic services. While investments in internal design & build systems will reduce costs of maintenance and developing new features.

I created, lead, and executed dozens of initiatives both as a lead and a maker. Alongside, I worked to set up design production standards and systems which helped us to scale our efforts as we reached a marketshare of almost 300M users. 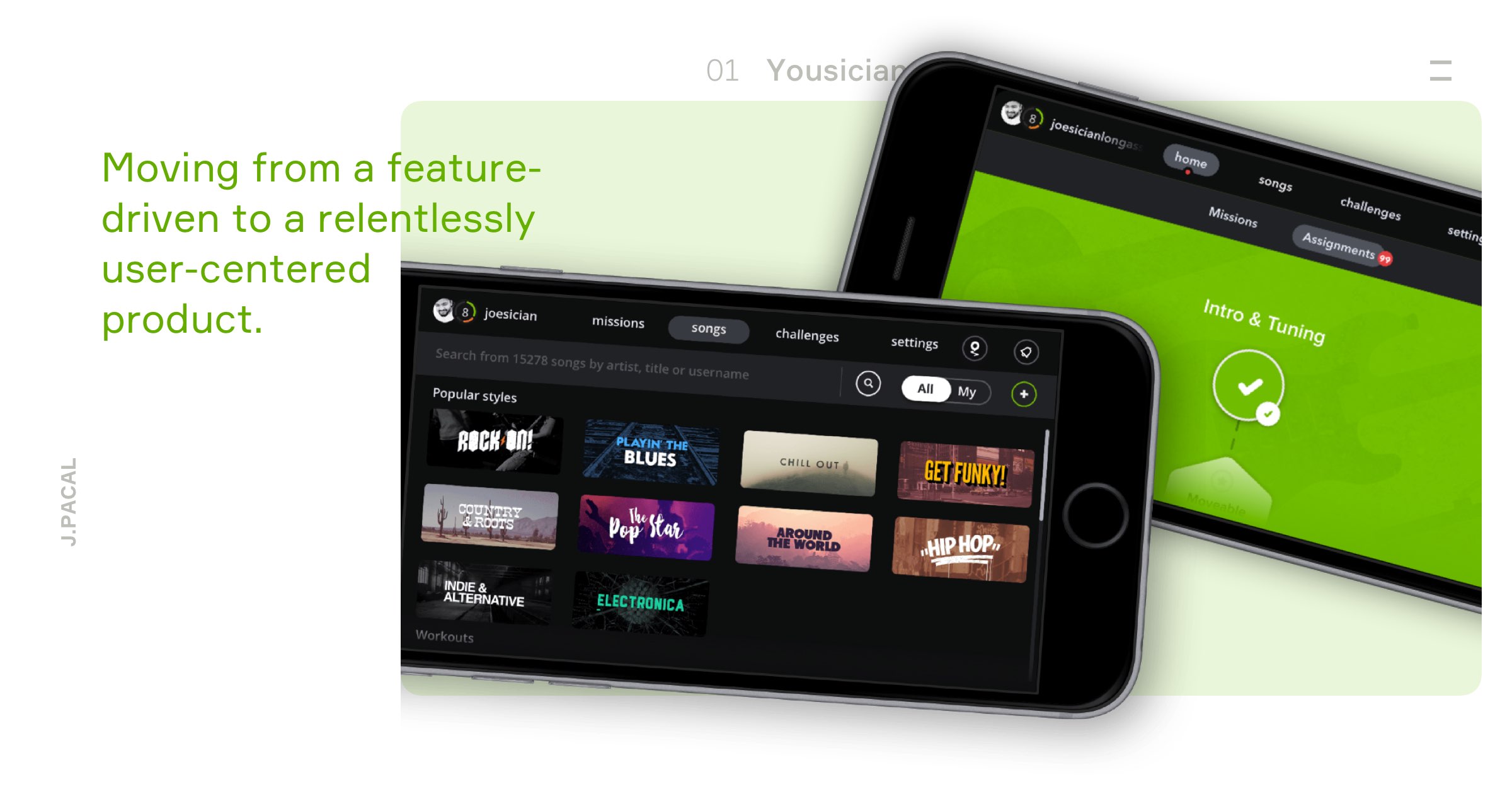 It was clear that my focus should lie in these areas:

→ Making sure that users feel motivated and supported through their learning journey.

→ Improving the app’s information hierarchy, so that it is less confusing. 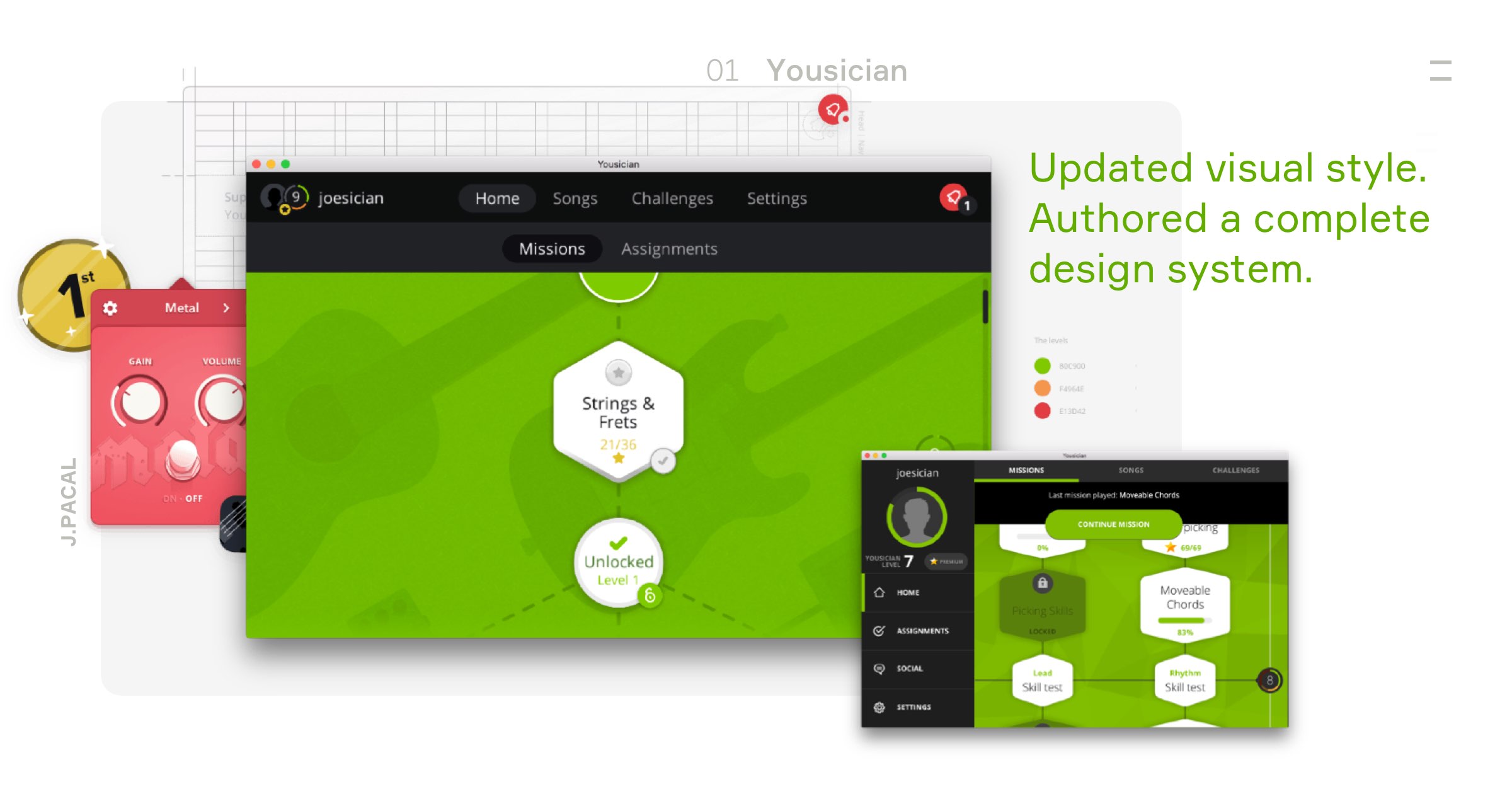 One of my projects involved visually modernising the entire Yousician Suite — apps for all instruments, our website, emails, and Guitar Tuna — the world's most downloaded multi-instrument tuner.

As part of the facelift efforts, I researched, proposed, and lead large changes to the app's informational hierarchy. The original one was so confusing that users were literally getting lost enough to be restarting the app instead of trying to find their way back. 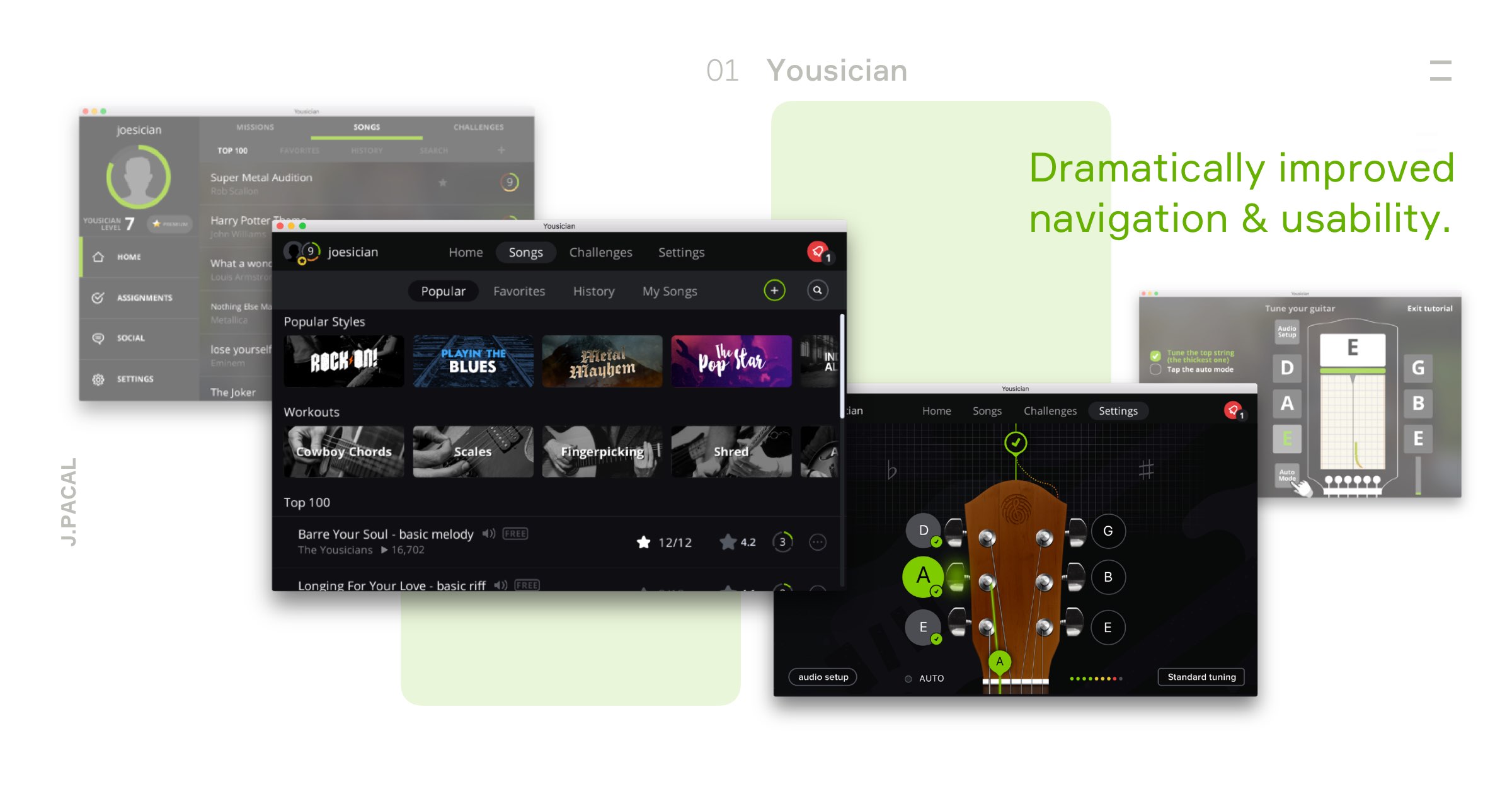 As part of the facelift efforts, I researched, proposed, and lead large changes to the app's informational hierarchy. The original one was so confusing that users in testing were literally getting lost enough to be restarting the app to find their way.

Education is a complex endeavor, requiring motivation, positive feedback, and time. Our original apps struggled to surface features designed for habit building and community participation. Under my leadership we focused on habit & motivation as core principles aiming to help learners stick with their goals. 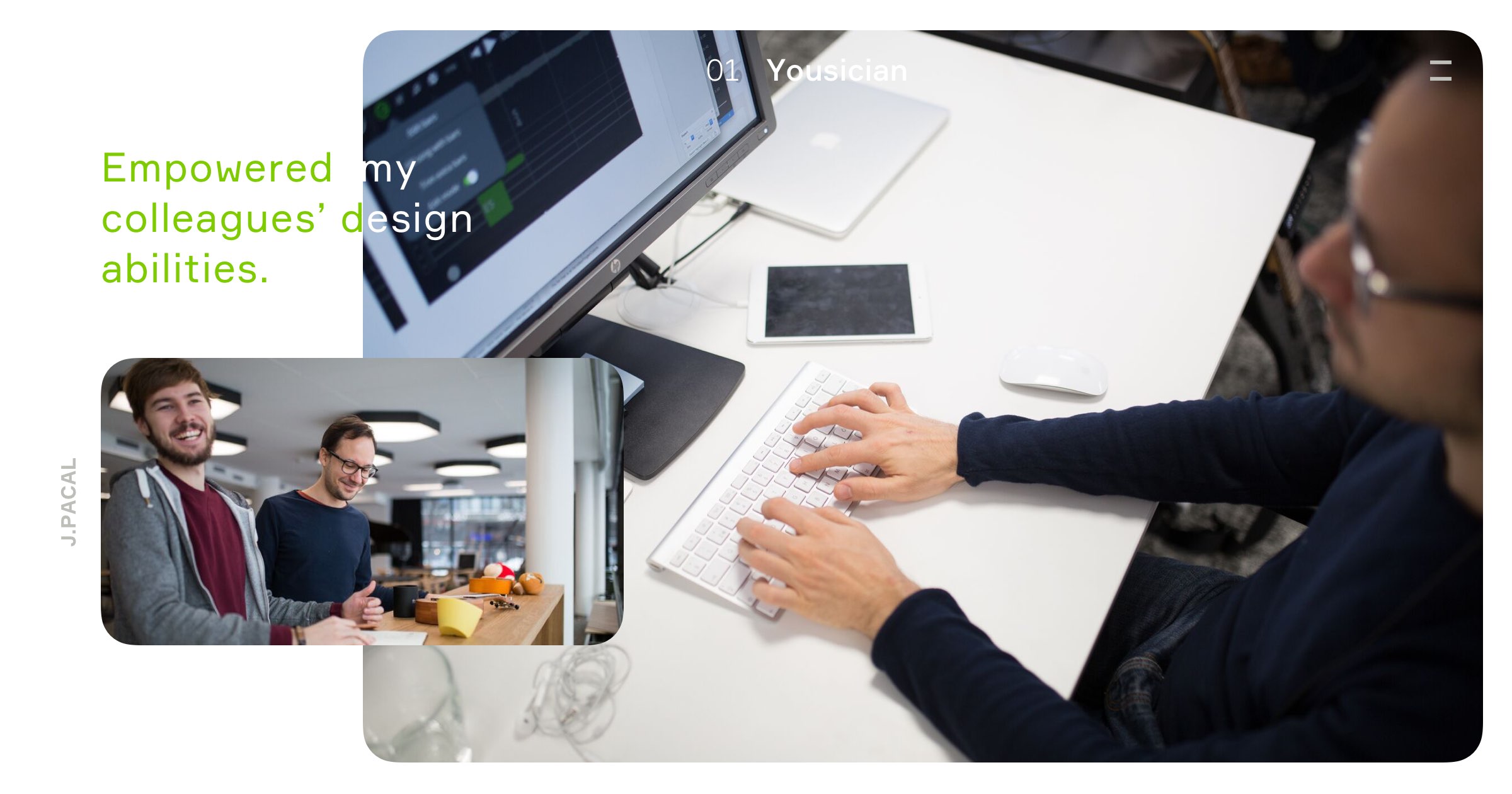 Driving change wasn't enough however. It was also crucial that all my 50 colleagues understand and believe in this new mentality. And that they can feel ownership of it. Alongside practical efforts, team-building, and systems, I also held programs aimed at evangelizing UX practices & teaching my colleagues to use user-centered thinking & tools.

As a result, when I departed from the company to focus on new things, we have reduced user churn, increased engagement with key features, established a working design pipeline, rebranded the company, and adopted more user-centered thinking.
While our successes were surely the result of well-working collaboration of a great team, most of the highlights above are direct results of projects which I have led, or contributed to in a major fashion.
‍
Now, two years later the software still utilizes the designs & frameworks established by me, and keeps evolving them for hundreds of millions of learners.